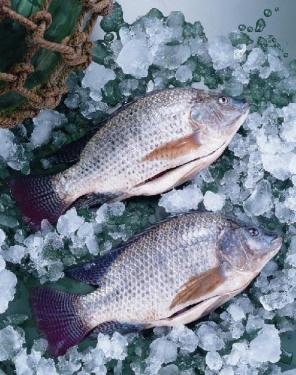 The domestic level of single-function, high-cost logistics, the world-renowned strategic consulting firm Kearney's experts believe. Most of the suppliers that provide logistics services for frozen foods still stay at the level of cellar operation. Only 15% of foods with special temperature requirements are properly preserved. This proportion is up to 85% of similar products in Europe and the United States. Strong contrast.

In terms of the overall cold chain system, a complete and independent food cold chain system has not yet formed. The countryâ€™s food cold chain has not yet formed a system. At present, approximately 90% of meat, 80% of aquatic products, and large amounts of milk and soy products are basically shipped without a cold chain guarantee. According to another data, the fruit planting area of â€‹â€‹the country has accounted for 18% of the world's fruit planting area and 13% of the world's total production; vegetable planting area accounts for 35% of the world's vegetable planting area and annual production accounts for 40% of the world's total production. China's fruit and vegetable harvesting and circulation facilities are backward, resulting in serious corruption of post-harvest fruits and vegetables, and high logistics costs. Relevant departments estimated that the countryâ€™s annual corruption of fruit products was nearly 12 million tons and vegetables were 130 million tons. Calculated at one yuan per kilogram, the economic losses exceeded 100 billion yuan. The lag in the development of cold chain logistics affects the development of the food industry to a considerable extent.

The reason why cold chain logistics products continue to heat up, experts analyzed. An important reason stems from people's pursuit of food safety. The increasing demand for high-quality and low-temperature foods has further promoted the rapid development of the cold-storage cold-chain logistics industry. However, cold chain logistics is far from simple to provide cold storage and refrigerated transport vehicles.

The backward refrigeration and fresh-keeping technology has not only caused huge economic losses, but has also been used in the food production and circulation of the country. It also poses a threat to peopleâ€™s dietary safety. The frequent occurrence of food safety accidents, the preservation of food has attracted more and more attention from consumers, suppliers and retailers. Cold chain logistics has become a focus of attention due to its sharp professionalism. .

As the peopleâ€™s dietary concepts continue to improve, surveys from the China Chain Store & Franchise Association show. Ordinary consumers are increasingly concerned about the preservation of food.

Changing the face of the country's backward cold-chain logistics has been mentioned on the agenda. By the end of 2004, from the government level. The State Council has clearly stated in its opinions on further strengthening policies for rural work to increase comprehensive agricultural production capacity. All localities must "accelerate the construction of cold chain systems for agricultural products that rely mainly on cold storage and cold storage."

The Ministry of Transport publicly announced to the whole society in February this year. By the end of 2005, China will basically build a network of â€œfive vertical and two horizontal green channelsâ€ for the circulation of fresh agricultural products across the country, and for the first time build a nationwide network of low-cost fresh agricultural products. This network will use the existing national road network, and the total mileage will reach 27,000 kilometers, an increase of 16,000 kilometers over the original green channel. After the network is completed, it will directly connect more than 30 provincial capital cities and 71 cities and municipalities across the country. The city has formed a production base and sales market for all important fresh agricultural products that have a certain scale.